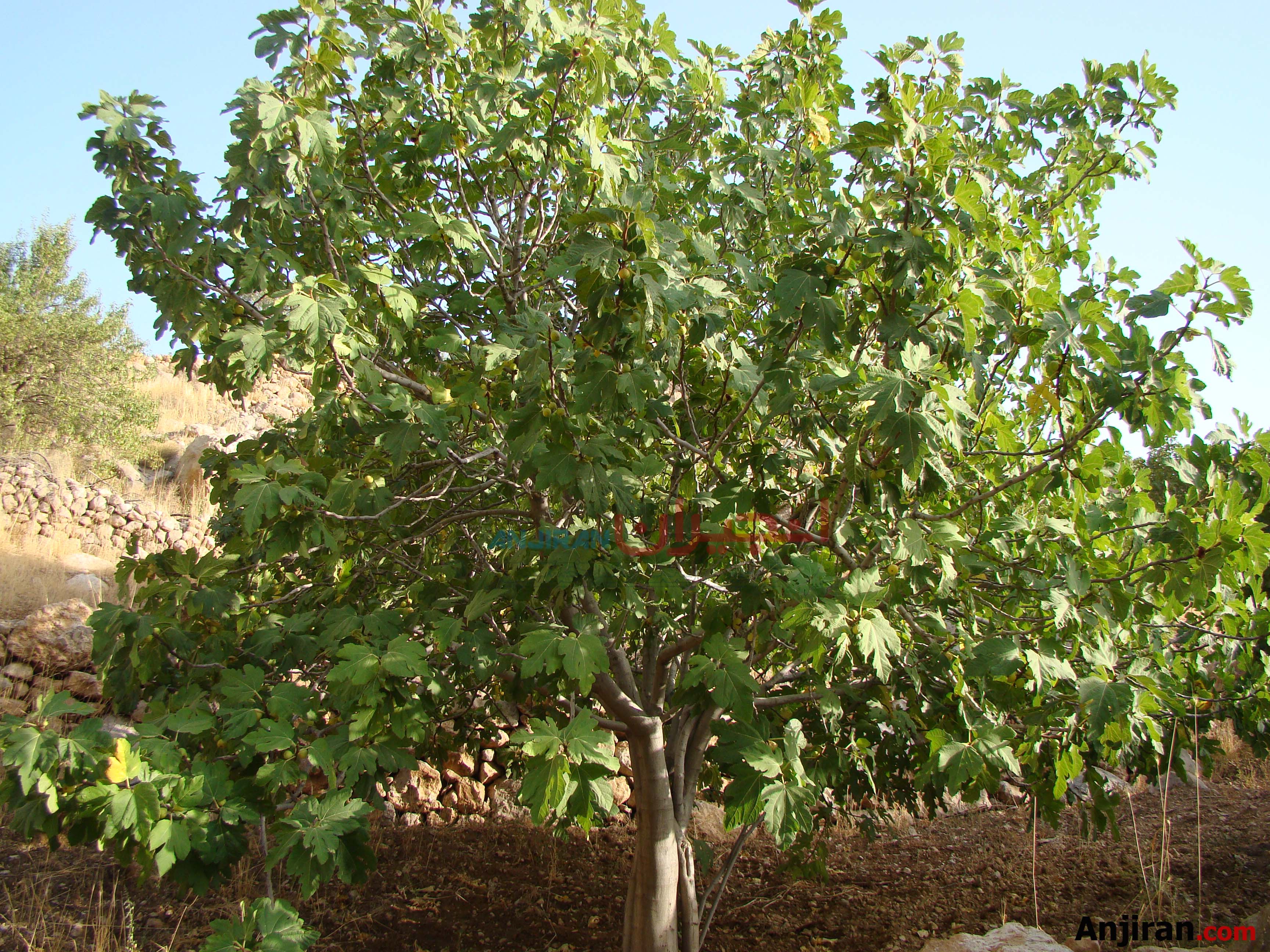 Dry figs is the fruit of mulberry family trees and deciduous with clawed leaves which not resistant against extreme cold and cultivated in temperate and semiarid climate. Fig tree life is mentioned over three hundred years and in the case of suitable condition reaches more than six meters height.

Dried figs is a high value medical food with high sugar content, suitable source of potassium, magnesium, calcium and phosphorus and rich in vitamin A, B and C and a good source of dietary fiber. This heavenly fruit is nutritious and refreshing and best diet to improve those are week due to prolonged illness. Fig fruit is effective in preventing and relieving constipation and improve recovery in hemorrhoids, gout and colic. Due to lack of sodium and fat in dried figs also more salts than other fruits, it is used in low fat and sodium diets, high fiber and diabetic and weight loss cases. This fruit is used as fresh and dried fruit, compotes, jam and so on.

Today fig tree is grown in all continents to domestic consumption or as export products. The most cultivated areas are the Mediterranean, the Red Sea and the Persian Gulf. Outside of mentioned places, only grown in America dramatically. While this country supply 37% of domestic consumption. The most important countries for dried fig productions are Turkey, Egypt, Spain, Portugal and Iran. In Iran in terms of under cultivation area and dried fig production, Fars province had the first place with the significant gap than others.

The original home of fig tree is belong to ancient civilization or West Asia and countries around the Mediterranean. In Iran a village which is named Samangan has been accounted. Fig tree specially self-grown or mountain types which known as mountain fig are very old. The most interesting point about figs is that the archaeologists believes that this is the first crop of human in more than 11400 years ago. So it was the first grown fruit by human and cultivated 1000 years in Middle East before wheat, barley and legumes.

Fig trees marks was found in the end of the second period of geology (Cretaceous) and it is obvious that cultivated in fourth geological period around of Mediterranean Sea. It was stated that fig cultivation has been common from 2800 to 4000 years BC in ancient Egypt.

Fig tree was a valuable fruit in ancient Greece by nutrition and medical point of view and as well as food source for winter. Ancient Greece known its modified tees as Attic fig. Romans associated it to their religious beliefs and known it as a sign of prosperity, progress and prosperity. It is also the one of the oldest fruit in Spain. The Arabs took fig tree to Portugal after attack and conquered it. The old Jewish known fig trees and it was mentioned as Ficus Cyrus in Torah.  The Bible also mentioned fig frequently and serve it as a heavenly fruit. In Quran, God swear to fig and named after one chapter to it.

Fig tree has broad and clawed leaves with rough and harsh appearance and deep division into 3 to 5 parts. The part which is known as fig fruit and is eaten is not a real fruit, but it is a pear-shape attachment which fig flowers placed in it in large number and sugar accumulates in the glands. In different parts of fig tree plenty of milky latex flow with spicy and caustic flavored. This tree contains two type of male and female flowers located in the inner part of pear-shaped inflorescence. The upper part of pear-shaped chamber have a small hole which male flowers was located in its entrance under the tiny scales. Female flowers of inflorescence placed in the inner part of pear-shaped chamber and their fertilization bear ample tinny fruit inside the fleshy part of receptacle.

Fertilization is performed by a very small insect (2 to 3 mm) named Blastophaga. Ovulation of this insect occurred in the female flower and pollen was transfers from male flowers to female ones. In this way female flowers become small fruit which are attached to receptacle walls with a fleshy foundation. During fruit ripening, pear-shape receptacle of inflorescence become flesh and contain great sugar reserve gradually. Given that resulting fruit contains a series of small dried fruits with fresh and hydrous part of receptacle, fig considered as a composite fruit botanically.

There are two types of fig tree included edible and non-edible. Non-edible form is male tree is called “Bar” in Persian and have winter, spring and summer forms. Spring form is usually used for pollination edible fig.

Edible fig may have one or two stage of production over the year. If fruit produce took place in one stage, it is summer form and two stage fruit production occur in spring and early summer and second stage which is the main product is matured in late summer. Regarding to fruit production in year and dependence or independence to pollination for fruit stay on the tree, edible figs divided into three categories: “Common”, “Smyrna (Izmir)” and “San Pedro”. Common forms are black figs which does not need pollination. The most important economic figs in Iran are Izmir types which is divided to several varieties including ‘Seyah’, ‘Sabz’, ‘Shah Anjeer’, ‘Payves’, ‘Mati’ and ‘Kashki’. The most fig production in Iran is ‘Sabz’ cultivar of Izmir fig type. San Pedro produce yield in two stage. The first stage is more important than second one and don’t require to pollination.

The email newsletter can auction and special promotions in every moment of our products to be notified.